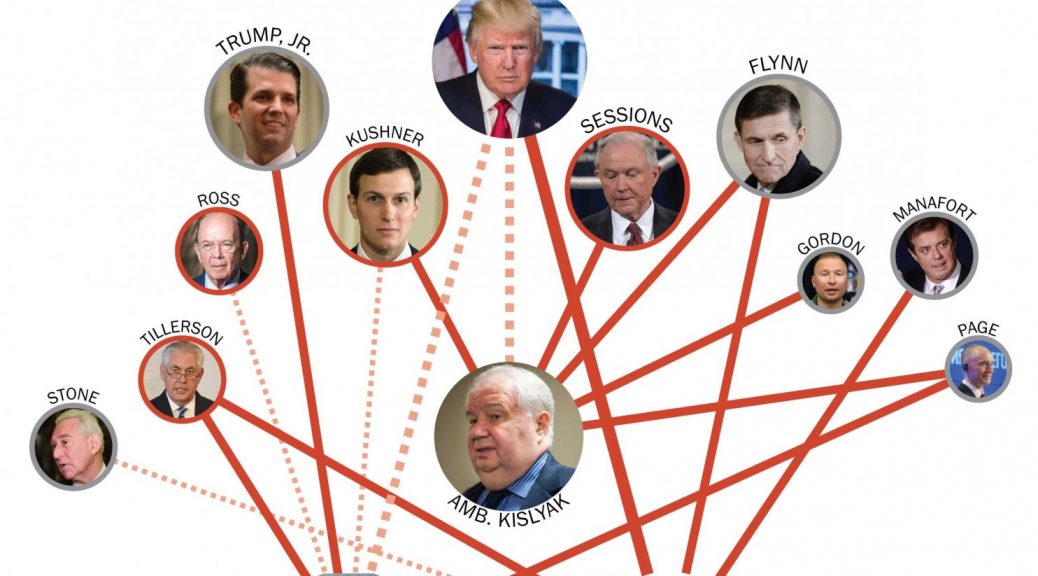 This is all you need to know now:

The Russian collusion is just now too wide and obvious.  Only Stevie Wonder or Ray Charles would not be able to see this.  And even they could.   It is never about the crime.  It is about the coverup.  They never were able to convict Capone.  So they convited him of tax evasion.  Modern day use of the RICO statutes.  In politics it is impeachment.  He is already guilty on so many accounts.  Lying, personal enrichment, neoptism.  Not the least of which is to accuse the former President of fraud and illegal malice.  You just don’t do that.  It is impeachable.  You have absoutely no evidence.

The weasels in the Senate and the Congress are all guilty of aiding and abetting the Trumpmiester.  They are accessories-to-the-fact. That is obstruction of justice. That could be proven that they knowingly have been trying to hid or obfuscate the facts or simply impede investigations.  They are weasels.  They are guilty of failing their oath of office.

If the person willfully and knowingly tried to protect a suspect (such as by providing a false alibi) or to hide from investigation of their own activities (such as to hide their involvement in another crime), this may leave them liable to prosecution. Obstruction charges can also be laid if a person alters, destroys, or conceals physical evidence.[1]

The case builds for the 25th Amendment not impeachment.  Do it now.  Do it fast.  Avoids legal pitfalls and prolonged National Trauma.

The clock is ticking … this madness cannot continue … or can it?   How long is the moral arc of justice?