This Will Dwarf Watergate.

There is no doubt of the seriousness of our current constitutional crisis.  Meanwhile, Democrats and Republicans are bending over backwards trying to explain why this is not as serious as we all believe.  Only a small core of true believers will never understand the seriousness of this constitutional crisis.   This small hard-core are the village idiots who elevated this monumentally illiterate, narcissistic, incompetent scam artist to the level of presidency. 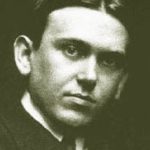 “As democracy is perfected, the office of president represents, more and more closely, the inner soul of the people. On some great and glorious day the plain folks of the land will reach their heart’s desire at last and the White House will be adorned by a downright moron.”

The facts are clear. They are much clearer than they were in 1974 prior to Nixon’s constitutional crisis.  Remember, Nixon was never formally impeached.  He resigned prior to impeachment.  He avoided the embarrassment.  Only Andrew Johnson after the Civil War was actually impeached.   And only because Andrew Johnson was such a rabid Southern Rascist.

At issue are potentially four crises. Even the most senior officials have not come to grips with the gravity these charges.  It is clear from reading the Washington Post, the New York Times, Rachel Maddow, Laurence O’Donnell and others who are so astute.  They have reached a level of investigative journalism that far surpasses that of Woodward and Berstein.

This is the most corrupt government in American history.  Congress and Senate are part of the cover-up.  This includes Chavez, Nunes, Ryan, Sessions, and Pence.

Legal and Politcal Investigations and Proceedings in Parallel.

These have been clearly articulated by David Frumm of the Atlantic:

To indict or to charge Trump alone in isolation makes no sense.  It will change nothing.  And it is not how major criminal cases are constructed.  Major legal cases are prosecuted from a bottom up.   From the base of the pyramid to the pinnacle.  The little people first who will turn states evidence to avoid incarceration.

As with Watergate, it was first necessary to charge and convict John Mitchell.  Then convict Spiro Agnews.  Before Nixon was finally charged. If you remove Trump nothing changes.  The Congress remains invariably corrupt.  The Republicans have only one goal.  Steal all the money. They are now part of the new Kleptocracy.

So watch the Comey presentation.  He will be somewhat forthright although questions will remain.  The testimony today by DNI top intelligence officials was disgusting, alarming and derelict.  These people should or will eventually be charged with Contempt of Congress.

Tell all your Senators and Congressmen and Congresswomen to “do your job.”  You all took an oath to uphold the Constitution.  Do your job or resign!

2 thoughts on “Watergate on steroids”